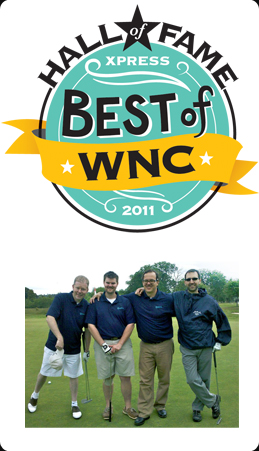 2011 has been a special year for Charlotte Street Computers, Asheville – with our customers being our number one priority we have continued to deliver the highest level of Computer Repairs, Wireless network setups, virus removal, data backup solutions, tutoring, computer training classes and more.

Since the launch of our Computer Training School in January 2011, our instructors have taught more than 1300 students.

Our classes range from the most basic to advanced lesson plans for personal and business computer users.

Charlotte Street Computers launched the first Asheville iPad Social – an amazing event for iPad users to exchange ideas and resources. We look forward to continuing to meet the needs of our customers with more socials for 2012. [nggallery id=1] 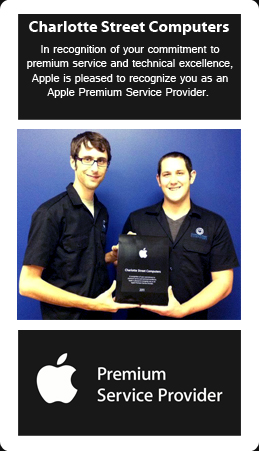 Our philanthropic arm has remained strong with Charlotte Street Computers’ continued support to the Western North Carolina community by sponsoring, contributing and often by being involved in local fund rising opportunities, including: 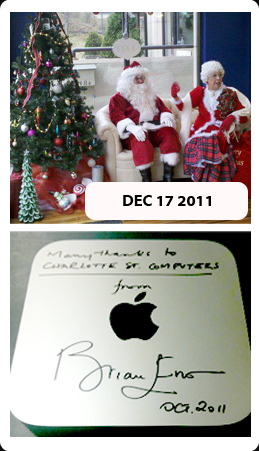 Yes, in April we even had the Easter Buddy come to the store to pose for photos and free Easter portraits – along with a Easter Egg Stuffing Party and Easter Egg Hunt.

For the Christmas holidays Mr. and Mrs Claus will be taking a break from their busy schedule to visit our Asheville store on December 17th, from 11am – 5pm.

Brian Eno – gave Charlotte Street Computers a special Thank you for our support during the 2011 Moog Festival.